The Weston Park Museum, UK has taken tourism to another level. A young woolly rhino has been perfectly preserved in the historical center in a manner like no other. According to http://earthlymission.com, this is the best-preserved young woolly recorded in history.

Apparently, the juvenile died aged between 3 and 4 years. Historical facts show the rhino’s death happened about 20,000 years ago.

One may wonder how possible this preservation is. Well, permafrost is the secret behind it. Intestines and other internal body parts tend to get destroyed fast, especially after the animal loses its life. It is amazing how permafrost has allowed the museum to preserve even such delicate body parts.

Strange facts about the rhino

The rhino is believed to have lost its life in the absence of its mother. Reports state that the innocent juvenile might have drowned. Sad to think about its death considering its beauty and the long life ahead that it never got a chance to live and experience.

One conspicuous thing about the rhino is the inability to tell its sex. Until now, the animal’s sex has not been established. Several attempts to realize this have been futile but radiocarbon analysts haven’t given up yet.

Another interesting fact about this animal is the far it was found. One may be justified to think the rhino died somewhere around Sheffield, UK. Well, you’ll be surprised to learn that the rhino’s dead body was found in the Yakutia region, Russia.

Surprisingly, the woolly rhino is not the only baby rhino that was found in the Yakutia region. Another rhino named Sasha was also found nearby. This was proof that thousands of years ago, woolly rhinos really existed. The two now sit comfortably in a museum and attract millions of tourists from all over the world.

Other than the unique woolly skin, the visitors come to see the preservation idea and how it works. This has seen the museum register increased numbers of visitors over the years.

The woolly skin also gave a hint about how the weather was like then, during the baby rhino’s lifetime. According to reliable sources, the woolly rhinos are evidence that the weather was cold. The wool would allow these animals to survive.

Considering the circumstances under which the young woolly rhino died, by drowning, it is speculated that these animals spent some of their time in the water. Perhaps the beautiful animal got unlucky that day and lost its life.

It is alleged that the locals discovered the rarely preserved rhino in the river Tirekhtyakh. This was just one of the many preserved animals so far to be found intact thousands of years later after their death. But of all those, the young woolly rhino is the most preserved.

The ecosystem has over time proven the best preservative. Even as weather changes from high to low temperatures with time, both living and dead organisms continue to evolve to adapt.

Permafrost has proven the most effective. There’ve also been reports of frozen mammoths and wolves being discovered while preserved. For these latter discoveries, only skeletons were discovered, but in a perfect condition.

This could be proof that the animals had been acted upon by high temperatures before the weather changed to extreme coldness. After adjustments to extremely low temperatures, the fossils remained intact and were preserved.

Some of the body parts had been missing in these other discoveries. Through these remains, man has learned about his history and how things have been changing up to the current state of affairs.

The Young Woolly Rhino comparison with other natural preservations

The young woolly looks are better and more complete than other animals that were preserved by nature and discovered ages after their death. Credits are given to permafrost for the perfect preservation. But, could there be other reasons that make this animal unique from the rest?

Perhaps part of the reason it was easy to preserve the animal is because of its body makeup. Could the woolly and tough skin of this animal have made it possible for the mammal to stay intact even under cold and hot conditions? We are unable to confirm that but within the time the truth may come out.

Classified underclass Rhinocerotidae, the woolly rhino ate herbaceous plants when alive and had a huge hump. These qualities allowed the animal to live under the hardest and coldest conditions. Even if the temperatures could have swung the other side, this animal was well made to withstand the extremism.

It should also be remembered that Peter Simon discovered remains of a rhino in 1776 well preserved by permafrost. Only that he found a skull and horns. Since then, several discoveries have been made of rhinos and a lot of history learned.

Again, most of them were just body parts. The only perfectly preserved rhino was the young woolly one that had most of its body parts intact. For that reason, this one kept in the Weston Park museum was the best preserved.

It is believed the young woolly rhino had raised shoulders that allowed the rhino to carry its horns without hitting the ground while moving. Besides, the hump on its shoulder meant the animal had enough food reserve to survive the harsh conditions in the cold areas, especially the lack of it during winter.

Apparently, the woolly rhino had ears relatively shorter than their counterparts in hotter areas. That way, the animal could reduce its body’s surface area ratio and adapt well to cold areas.

The fact that both male and female rhinos, whether young or old, have two horns, means it may take longer before we establish what sex the woolly rhino was. Meanwhile, we can enjoy visiting the museum where the preserves have been kept and enjoy the view.

By doing so, you will have a pictorial view of the actual unlucky baby rhino. Moving forward, maybe we will have more rhinos coming up. Time will tell if there are more well-preserved rhinos and other animals. 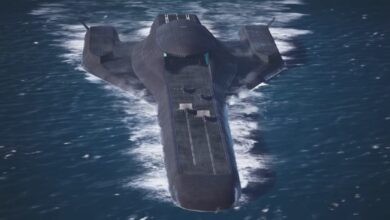 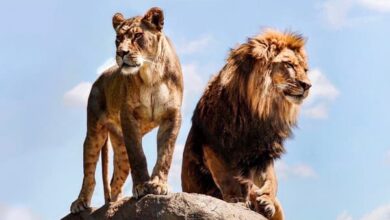 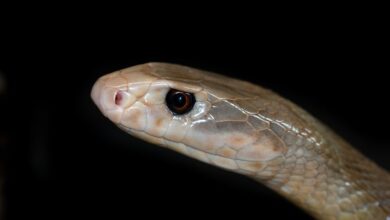