For five decades, the Somali sengi had left the scene. Researchers and concerned parties concluded the species was extinct. But to their dismay, the tiny elephant shrew resurfaced after more than 50 years of absence. The unique creature who’s an elephant and aardvark’s relative was seen in Djibouti to many people’s surprise.

The tiny elephant is one of those wonders of creation you rarely see. With adorable eyes, the tiny elephant has a pointed nose with a head larger than a normal mouse. The animal is so small you can carry him with your hands and it will easily fit.

According to npr.org, a Duke University researcher called Steven heritage was so instrumental in finding the cute little animal. But how did he and his team do that?

After the record keepers announced the Somali sengi was missing, not everyone was convinced. Steven started the journey to find the tiny elephant.

According to reports, Heritage showed East Africans the images of this beautiful animal as he went in much of it. Luckily for him, Djibouti residents had seen the animal in their area.

Heritage appreciated these Djibouti residents for their keenness as it helped him a lot. After they had confirmed to him they had seen the creature, the researcher went ahead with his mission to locate the beautiful creature.

Heritage and his team decided to set a trap to try to get the animal. Well, surprisingly to them, the Somali sengi appeared. It must have been a fine feeling to locate a beautiful creature that had been declared lost for more than 50 years.

Heritage was quick to appreciate the team that worked with him and gave him leads. He specifically picked Houssein Rayaleh and thanked him. The ecologist is said to be the one who identified the cute small animal.

More about the Somali Elephant Shrew

You may be wondering why researchers were interested in finding this lost species. One of the reasons is the tiny elephant’s charisma. It is also so tiny and likable. But there’s more about the Somali sengi that you must know.

The animal’s scientific name is Galegeeska revoilii (Huet, 1881). It also has another nickname that scientists love to call it thanks to its charisma. The Somali elephant shrew loves arid areas and that is why you will find it in deserts.

Besides, the animal dwells in rocky or shrubby areas. Before the species was recorded as lost, it loved to live in Somali. That’s probably why it was called the Somali sengi.

But after it got lost and found again in Djibouti, it was certain that the animal can move and be found in other regions. That may happen if the other locations match its favorite rocky habitat. According to reports, chances are that the species either exists in Ethiopia or could find its way there.

The Global Wildlife conservation that’s concerned with the documentation of species and their status has been monitoring the Somali sengi as well. According to their records, the unique species disappeared towards the end of 2020, in August.

It is also important to note that the Somali sengi appears in different colors. Brown is the most common color for them. Some images of black and shiny maroon-like Somali sengis also exist. Regardless, they share the same characteristics including their living and eating habits.

According to rewild.org, the sengi family has about 19 species. The Somali sengi is the least famous of the sengi family. There are many more others that are more popular.

Tiny elephant shrews are a rare species that feeds on ants and termites. Surprisingly, they also eat berries and young plants to balance their diets.

The shrews are also light enough to move fast. On average, they weigh between 25 and 45 grams. They are about 9 cm long upon maturity. This makes them easy to carry.

Another amazing fact about this creature is its solitary state of existence. It’s so hard to find elephant shrews in pairs or groups. That exposes them to security threats and that’s why they have to stay alert to survive.

But that does not mean they live alone until their deaths. When it’s mating time, they meet and the female sengi gives birth to one or two sengis after a month and a half.

By the time the babies are 14 days old, they’re already on their own hunting. They grow so fast. By week 6, the sengis are old enough to mate. At that point, they leave to go build their homes and the cycle continues.

Unfortunately, sengis only live for a year or two. Researchers have also found out that these beautiful animals can live longer if taken care of. But that extension will only go up to 4 years maximum. Perhaps this explains why the species gets lost easily.

If not well taken care of, they can die fast without being replaced. Within a few years, they may all be extinct. And that is why they have to be taken care of to ensure the continuity of this species.

It is also important to note that tiny elephant shrews are venomous. These dangerous tiny animals however do not pose life-threatening conditions to humans. However, their bites can be so irritating and should be well dealt with.

50 years was a long period of time. The sengis are identical to Somali but were found in the nearby Djibouti country. What could have happened during this period when they were last seen in Somali and now located in Djibouti?

Well, bbc.com published on one of their blogs that another sengi species was found in Morocco. With the big difference in size between Morocco and sengis’ known natural habitat, a lot could have happened. Well, time will tell if the species has since evolved or whether there have been any changes in the 50-year period. 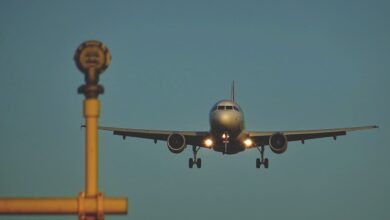 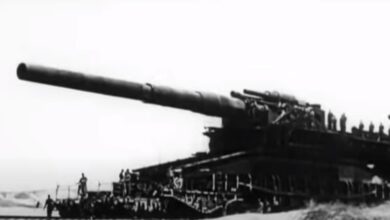 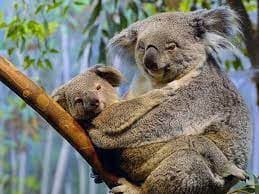