History is littered with mind-blowing acts of ingenious craftsmanship. Crafting new tools and weapons is not something common for modern civilization only. In fact, people had this habit 2.5 million years ago and they created new weapons and tools to make their lives easier. These tools were very basic in use but they were used as a fundament to modern tools and technologies human use.

When was the stone age?

History will be incomplete without talking about the stone age. It is marvelous how a period that began 2.6 million years ago, according to scientists has shaped modern-day society as we know it. This period lasted until 3,300 B.C and is typically divided into three smaller periods: the Paleolithic Period, Mesolithic Period, and Neolithic Period. However, the people living in this period weren’t the first ones to use stones to create weapons and tools. Some scientists believe that stone was used by their ancestors.

The weapons and tools are evidence of how our predecessors lived, communicated with their surroundings. The artifacts of these tools give us valuable insights into where these people lived when they lived, what were they abilities and mentality, what technologies they used.

All tools can be divided into three groups:

The earliest tool found during the early stone age is at least 2.6 million years old. This period included some of the most basic tools and weapons like hammerstone, stone cores, and sharp stone flakes. Later, humans began to make axes and other large cutting weapons.

In Middle Stone Age, the most common weapon were points, scrapers, and awls. All these are believed to be used 200,000 years ago and during this period technology of crafting evolved.

Many different tools and weapons were used in the stone age. Here are some of them:

Hammerstones were the simplest weapon used in this period. The people used it to create other tools and weapons and to strike animal bones or to crush and hit other stones. The early humans did not put that much effort into modeling and instead selected them based on their size, weight, and purpose.

For these purposes, early people choose stones that do not break easily – sandstone, quartzite, or limestone being the most often. In some cases, for example, in cases when they needed other tools or to get stones with sharp edges, people would break the stones. The flakes that they got from this, early people used for hand axes, scrapers, cleavers, etc.

Choppers are considered one of the earliest most important tools for humans. These were the sharp-edged stones that were used mostly to kill, skin, and cut animals and plants. Choppers, as scientists believe originate from Africa where they were used to break bones and extract meat from killed animals.

These tools date back to the Oldowan technological period, which lasted from approximately 2.5 million to 1.2 million years ago.

Hand Axes are similar to choppers, only much bigger and they usually came in the shape of the teardrop. This weapon showed up in the Acheulean technological period, which lasted from about 1.6 million to 200,000 years ago.

They were used to attack and cut animals and sturdy tree materials, especially branches. Later on, humans started using the Levallois technique to make axes, which increased the efficiency of the tool.

Scrapers were made from smaller stone flakes. The tools are originally from the Acheulean period and were long, curvy edges used to scrape animal skin and innards.

Blades showed later than scrapers and this weapon is some kind of primitive knife. These were long and slender, created to allow humans to tie them for handles. Primitive knives were used to butch animals and to cut through trees.

Unlike other weapons on this list, the sticks were made from various types of wood. This weapon is considered to be one of the most ancient types of weapons used to defend people from wild animals and to hunt.

Spears are the weapon used for almost 400,000 years. Bare footmen and riders both used them to defend themselves from enemies, attack animals, and hunt.

Spears were made from wood with the point being from some durable material (steel, or iron in most cases) or hardened by fire. The point is sharpened, and triangular, or in leaf shape.

Nets are a weapon that has a very similar purpose as today – to catch fish and other animals. What has changed comparing to the modern nets is the material used to create them. In Stone Age, people used tree branches or ropes and combined them in different patterns. The gaps between each rope or branch depend on the animal it would be used for.

As mentioned, nets are used to catch fish and other animals and to prevent them from attacking villages.

Both arrows and bows were made from wood. Feathers were put on the tail of the arrows, and its tail was mated from some pointed material. On the other hand, bows were created with elastic material.

As you all know, bows were used to throw an arrow and this tool was used to kill animals and defend from enemies in wars. Scientists believe that both bows and arrows were used approximately 61,000 years ago.

There were different types of arrows, depending on their purpose. For example, there were arrows with a pointed and flat end, and in some cases, an explosive material could be put on the point.

Cleaver is, by its looks, similar to axes. Ancient people made cleavers from stones or bones and they were U-shaped. Because they were heavy, cleavers were mostly used to crush food, bones, and meat.

It is believed that humans use this tool more than 1 million years ago.

Another weapon that is still in use – harpoon. Scientists found evidence of the first harpoons in Congo. These were about 90,000 years old.

Harpoons look like the spear and they are attached to ropes when in use. Like that, a hunter could take the fish out of the sea. People used them for fishing. Nowadays, harpoons are mostly used to catch big whales.

During these periods, the technology of crafting evolved, and at the end of the era people started using some raw materials to make tools and weapons.

Aff of them was used to hunt, cut trees and in wars and the most known are harpoons and nets (that are in use today), axes, hammerstones, arrows and bows, choppers…

Most of these are forerunners to some weapons and tools used today.

Area 51 Conspiracy Theories, and what goes on there? 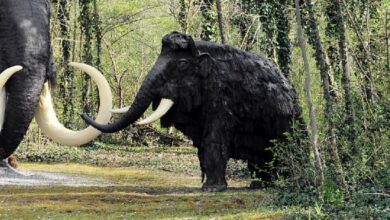 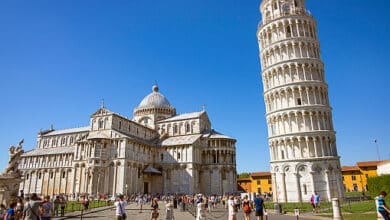 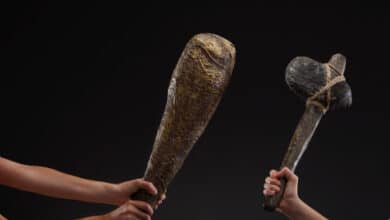 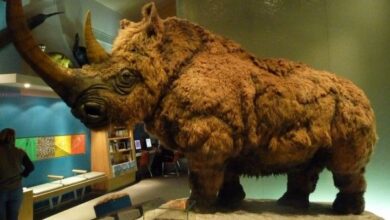