Narwhals are strange and beautiful creatures found in Arctic coastal waters and rivers. Narwhals with long tusks protruding from their heads are known as the unicorns of the sea.

What is a Narwhal?

The Narwhal, a small toothed whale, is a member of the population of more than 80,000. It is a pale-colored porpoise that weighs up to 4,200 pounds and grows about 17 feet in length.

What is a narwhal tusk?

The narwhal tusk is an expanded tooth with sensory capability and up to 10 million nerve endings within. This sword-like tusk usually develops in males. Some narwhals have two tusks, whereas others don’t have any. A spiral tusk protrudes from the head and can grow up to 10 feet long. Some scientists speculate that tusk help in mating rituals to impress females or fight off other suitors. Females develop a tusk of their own, although it is not as conspicuous as the males.

Males have a large tusk that may grow up to 10 feet long, which is the most obvious thing to mention. The majority of females lack a tusk and resemble mottled grey beluga whales. Narwhals have a blotchy sausage-shaped body, short blunt flippers with uncurled edges, no beak, and a ridge on their backs instead of a fin. They have strangely curved tail flukes that appear to be attached backward. The hue of narwhals changes as they grow older. Adults are a mottled grey with blue-gray newborns, blue-black juveniles, and blue-gray newborns. Narwhals in their later years are almost entirely white.

Narwhals live and travel in groups of 10 to 20 individuals and feed on fish, shrimp, squid, and other aquatic fares. They travel together and are often sighted swimming in groups of 15 to 20. Sometimes they float or dive deep and can hold their breaths for an amazing 25 minutes. The longest narwhal dive ever recorded is 1,500 meters.

What do narwhals’ eat?

Greenland halibut, Arctic and polar fish, squid, and shrimp are among the foods eaten by narwhals.  Flatfish and cod, and species like a crab that they collect on the bottom during their extended dives, are also favorites of narwhals. They feed unusually, sucking up their food by producing a vacuum. No one is sure if their tusk is used for hunting or feeding.

What is the habitat of Narwhal?

Narwhals can be found in the Arctic waters. In the summer, they travel to Canada, Greenland, Norway, and Russia and spend their winters in the Baffin Bay-Davis Strait area, where they can spend up to five months under sea ice.

What threats do narwhals face?

Polar bears, orcas, and sharks are their natural predators, and Inuit people have hunted them for their skin, fat, and tusks, which is an important source of vitamin C in the traditional Arctic diet.

The World Wildlife Fund (WWF) raises awareness about climate change and the dangers of noise pollution to narwhals and other whales. 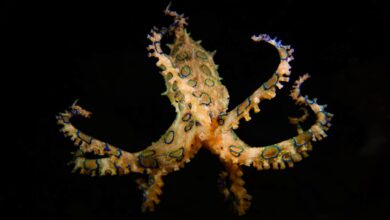 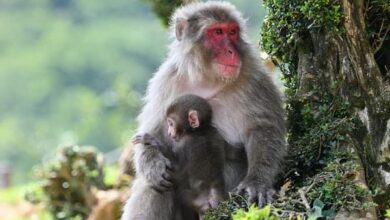 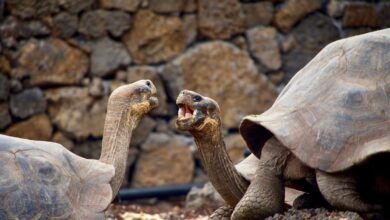 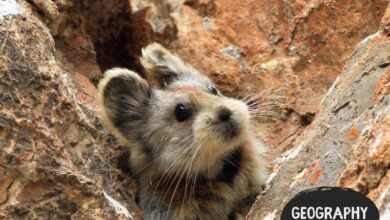